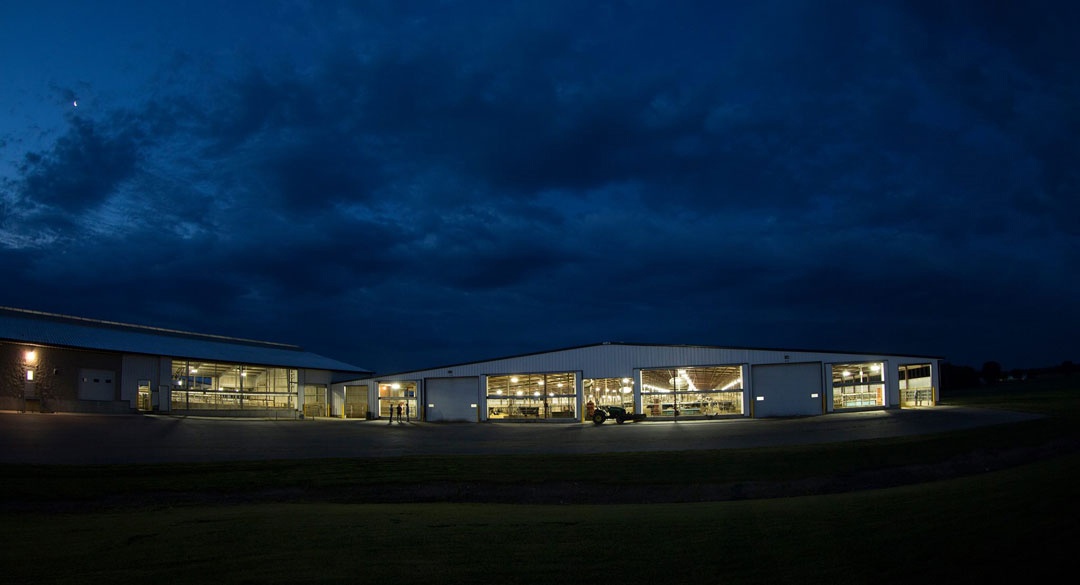 I remember a conversation with some farmers last October who were excited that they had been contacted by the Wall Street Journal about contributing to a story. I travel the country telling farmers how important it is that everyday consumers hear from them. Rarely, if ever, does a mainstream media outlet contact a farmer with any sort of fact checking, let alone the possibility of being featured in an actual story. In fact five farmers (four CAFOs and one smaller farm) from eastern Wisconsin spent a substantial amount of time talking to the journalists from the WSJ…proudly sharing all the things their farms are doing to conserve resources and improve and nurture the environment, while investing in the future.

The recent article, “Farms, More Productive Than Ever, Are Poisoning Drinking Water in Rural America” is missing several key points – which is surprising since it took over a quarter of a year to write. It seems more than coincidental that only one farm is highlighted and this story happens to be printed at the exact same time a state appeals court asks the Wisconsin State Supreme Court to hear a case involving this very farm.

Anyone who has taken the time to visit with farmers knows that no two farms are the same and there is no one way, one-size-fits-all way to farm. Wisconsin is home to approximately 7,200 dairy farms, including 300 CAFOs. I have spent time on farms of all shapes and sizes over the last 20 years and I wish more than anything that I could take every single person in the front seat of my truck for an afternoon of visiting farms and talking about agriculture. My respect and admiration for the American farmer extends a lifetime, making it difficult for me to watch the continual attacks that our farmers endure. In particular, those that own a Concentrated Animal Feeding Operation are the easy scapegoat of the day. Sensationalized media and environmentalists have done an exceptional job at selling the story of the “big, bad, CAFOs” causing polluted water. It’s rarely ever mentioned how these permitted farms have a comparable number of regulations to a nuclear power plant, including strict guidelines on daily manure management. Rules and regulations from the federal, state and local level are mandatory and come as an expense of doing business. Non-compliance equates to tens of thousands of dollars in fines and a referral to the State Department of Justice for criminal charges. Smaller farms are not required to comply with any of these state performance standards unless they are provided with taxpayer funded cost sharing or grants. If you have questions about what a CAFO or any farm is doing to help protect water quality, when was the last time you sat down with the farmer to get your questions answered?

Daniel Kahneman once said, “A reliable way to make people believe in falsehoods is frequent repetition because familiarity is not easily distinguished from the truth.”

Let’s look at Kewaunee County, which provides the geographic basis of the WSJ story: There are five times as many dairy cows as people, and nearly 30 percent of private wells in a research sample set were found to be contaminated. The total manure produced by cattle in the county is over 210 times that of the amount of human waste. Yet amazingly, according to Mark Borchardt, a U.S. Agriculture Department microbiologist, roughly half of the contamination can be traced to a bovine origin while the other 50 percent can be traced to humans. I’d say we need to look at how farmers are handling waste. They’re doing a better job with cow manure than we are in handling human waste when considering the overall numbers and impact on water quality. If we eliminated every cow in Kewaunee County, half of those wells would still be contaminated. In fact, if we eliminate the cattle and turn Kewaunee County into a bedroom community, the impacts on groundwater quality could be greater than with the cows.

Not only do we have to acknowledge that we are riddled with outdated septic systems – and wells that may not be up to the current code – we also have municipalities contributing to the issue in devastating ways. How many people remember the 3.7 million gallons of raw human sewage that poured into the Wisconsin River last year from the city of Wausau in one “controlled release” incident? Did you even hear about it? Where was the outrage from environmental groups and journalists? Had that equivalent amount been intentionally “released” from 740 farm manure tankers, it would have created a nationwide scandal. Activists touting anti-CAFO signs would have been on every television station and computer screen across the country. Billions of gallons of raw sewage get dumped into Lake Michigan every year due to aging and leaky city sewer systems. But getting people to invest in sewer upgrades is no easy task. No one running for office is talking about using taxpayer money to invest in underground pipes or offering cost sharing programs to help rural residents upgrade their septic systems or private wells.

Nitrate leaching through soils has been reported on since the 1950’s – decades before the first large dairy operation was even conceived in “America’s Dairyland.” An article in the Stevens Point Daily Journal on February 2nd, 1970, summarized the monitoring well findings of Dr. Kobe Crabtree of UW Marathon County: From 1968 to 1969, Crabtree found 45 percent of the tested wells had nitrate levels above the limits set by the Public Health Service. From 1971 to 1972, Marguerite Baumgartner of the Stevens Point Daily Journal reported on a well testing program run in Portage County in which 18.8 percent of the wells tested unsafe. While agriculture was suggested as one of the culprits for the increase in nitrates, a popular theory pinpointed septic tanks as more people began to move into rural areas. So much so, in fact, that an article in 1974 recapped a meeting of the Portage County Lake Rehabilitation Committee in which the removal of all cottages on lake Emily was proposed due to the high nitrogen concentrations brought about from domestic sewage from the 90 cottages surrounding the lake. It’s difficult to imagine a similar discussion today during a time when things are nearly always everyone else’s fault.

Like them or not, CAFOs can’t be blamed for problems that existed long before they were in operation. The Wisconsin Groundwater Coordinating Council has stated that “long groundwater travel distances in some geologic settings mean that it can take decades for nitrates to travel to streams and wells situated deep in thick aquifers.” We have decades of nitrogen use that has built up over time. The good news? Nutrient management plans are now being used on farms. Even with an increase in CAFOs in Wisconsin over the past decade, the use of nitrogen-containing fertilizer has leveled off. More topsoil is conserved as no-till acres increase and more minimum tillage and conservation tillage practices are implemented. Cover crop use is also increasing. Farmers are using satellites and GPS technology to precisely apply manure to the soil. Continual improvements in plant genetics every single year brings farmers better hybrids of plants that require less nitrogen and water to grow. Very little credit, if any, is ever given to the advancements in science, technology and innovation that continually change and improve the sustainability of agriculture. Farmers produce more, using fewer resources than ever before. According to Dr. Jude Capper, Livestock Sustainability Consultant, the higher-producing dairy cow of today, compared to one in 1944, has allowed us to produce 60 percent more milk with less than half the total number of cows. In fact, 16.4 million cows have been eliminated from the animal population since when my grandpa was farming. We have more than cut the national dairy herd in half, ultimately requiring 65 percent less water, 78 percent less feed and 90 percent less land. The total carbon footprint of every glass of milk has been reduced by 63 percent since when my grandpa was farming, and like it or not, CAFOs have played a role in that. Unfortunately, this part of the story is positive and doesn’t help spread fear and misinformation. None of this data was shared in the WSJ’s recent coverage as, at some juncture, it was deemed not “newsworthy.”

If the vocal environmental groups were the true advocates they claim to be, the solution would be simple. They would invest their time and resources on helping fund projects so more businesses, rural septic systems and municipalities could adhere to the same stringent standards that Wisconsin CAFO’s are held to… including a ZERO DISCHARGE standard at the farm. We have to stop taking the easy road and giving free passes to everyone except those whose farms are bigger than what some eyes like. The frequent repetition of misinformation about CAFOs, causing dislike and distrust, has easily become disguised as the truth. We need to spend twice the amount of time on finding solutions as we spend complaining and finger pointing…remember you always have 3 fingers pointed back at you.

Only when people want to truly improve water quality and have honest conversations – instead of chasing “clicks”, votes, newspaper sales and funding for an environmental non-profit – will we be able to actually make a difference. Will our egos let us? 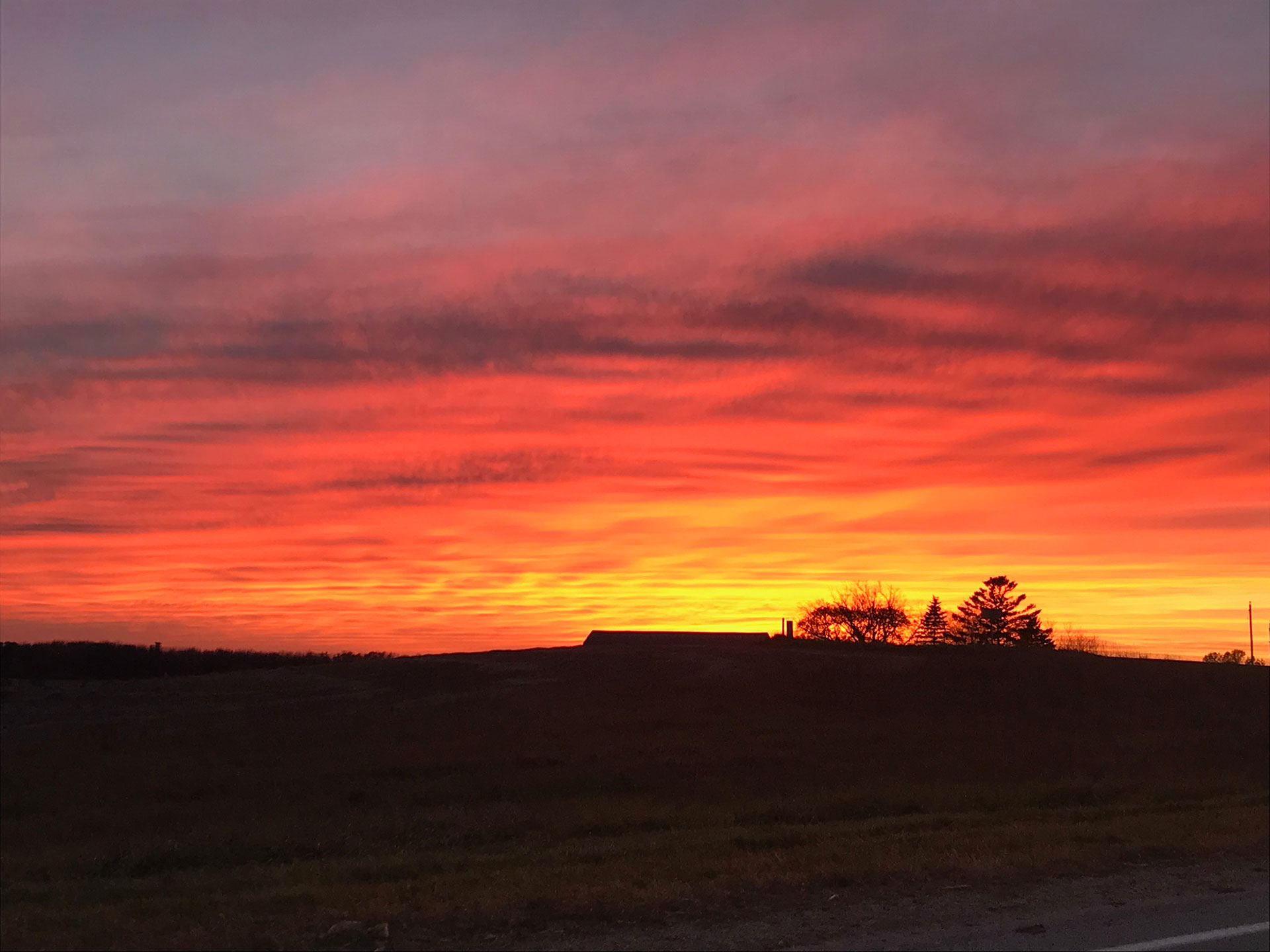